We are Manufacturer, Supplier & Exporter of our Product Range. We are situated in Sangli, Maharashtra, India. We serves our customer all over the world. Earlier we have supplied to African Countries, Latin America, South East Asian Countries and Gulf Countries. 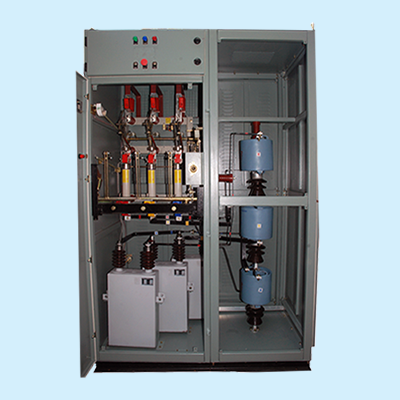 For optimum utilization of available power, the reactive power consumption should be reduced or nullified i.e. power factor should be unity, hence, most of the Power Distribution companies have policy to penalize the industrial and commercial consumers for not maintaining power factor in Leading as well as in Lagging.
However, due to reactive power drawn by capacitive or inductive load in the consumer premises the power factor is either lagging or leading, thus to maintain it within limit i.e. for compensating or supplying required KVAR, the capacitors (in case of lagging PF) or reactors ( in case of leading PF) are connected across the system.

For stable load the fixed KVAR compensation is required, while for variable load the KVAR requirement also changes as per the load duration cycle, thus in such case the Automatic Power Factor Control Panel is installed.

These banks consist of: